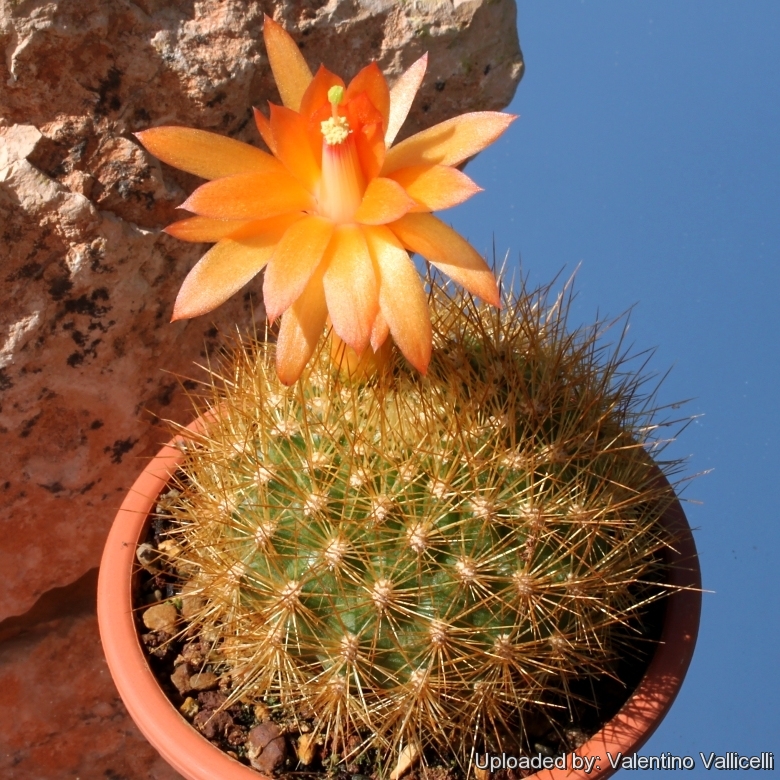 Origin and Habitat: Balsas above the Canyon Maronan in the province of Chachapoyas, department of Amazonas in Peru.
Altitude: 800-2200 metres above sea level.
Habitat: It grows in rocky habitats harbouring a rich succulent flora comprising Espostoa ritteri, Matucana krahnii and Matucana formosa.

Description: Matucana weberbaueri var. flammea is one of the geographical form of the morphologically variable Matucana weberbaueri, differing for its reddish orange flowers instead of yellow.
Habit: It is a low-growing, perennial stem succulent densely covered by spines, usually solitary or forming just a few offsets around the base.
Stem: More or less globular, pale green up to 20 cm broad, up to 16 cm.
Ribs: About 30, with transverse ridges, forming ovoid tubercles 5-20 mm in diameter and 5-10 mm in height.
Ribs: Not napiform.
Areoles: Round to broadly elliptic, 6 mm long by 4 mm wide On tubercles tip, creamy-white, rather close together (up to 1 cm apart),
Radial spines: About 20, 1-1,5 cm long, needle-shaped yellowish or yellow with darker tips, straight.
Central spines: 8-10 up to 4 cm long needle-like but stronger than the radials.
Flowers: Reddish orange, slim-tubed, straight to slightly oblique or zigomorphyc 5,5-6 cm long and 3 cm in diameter. Ovary and pericarpel pale greenish-yellow conical with yellowish scales. Tube 3-4 cm long and 6-10 mm in diameter orange or orange salmon at the base, with reddish-yellow scales with fine reddish hairs in the axils. Perianth light-orange to orange-red. Tepals spatulate, purple, 3 cm long and 0,5 to 0,6 cm wide. Filaments white, about 1 cm long, anthers and pollen yellow. Style dark pink with a orange base, with 5-6 pale green stygma lobes, about 2 mm long.
Blooming season: Spring.
Fruits: Globular, about 10 mm in diameter, green and red, with persistent floral remnant and covered with small scales. Splitting open at maturity by a vertical fissure.
Seeds: Black finely tuberculate.

Subspecies, varieties, forms and cultivars of plants belonging to the Matucana aurantiaca group 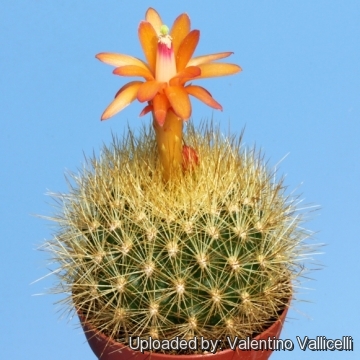 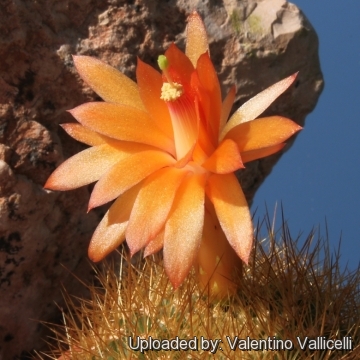 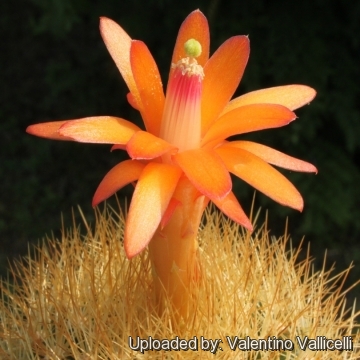 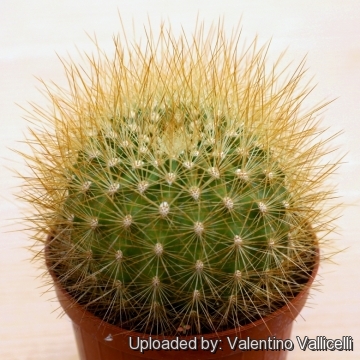 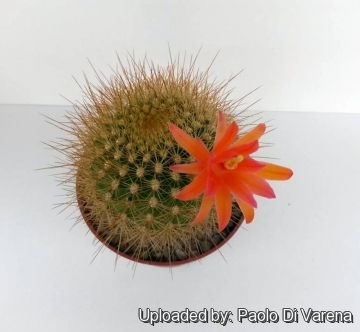 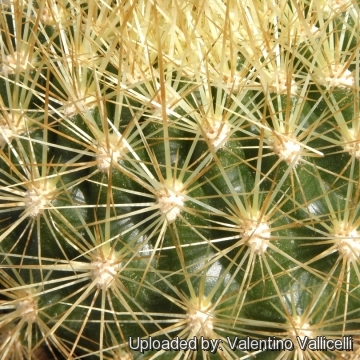 Cultivation and Propagation: Matucana weberbaueri var. flammea is a summer-growing species of relatively easy cultivation. This plant is adapted to dry soils and is quite susceptible to over-watering if kept in a non ventilated place.
Growth rate: Matucanas grow slowly in their natural habitats, but in greenhouses they grow more quickly.
Soil: Grow it in a rich, open, sandy-gritty cactus compost. It needs good drainage and a deep pot to accommodate its tap root.
Repotting: Repot in the spring when the roots become cramped. Generally, these plants should be re-potted every other year, in order to provide fresh soil. However, this doesn't necessarily mean they'll need larger containers. After repotting, do not water for a week or more.
Exposure: It is suited for sunny-brightly exposure, but can tolerate light shade. However it will do its best only with lots of sun and become stressed with inadequate light which could result in poor growth and unnatural shape. Direct sun is also beneficial in order to get a good spine colouration.
Watering: Water sparingly and keep it completely dry during winter. Mature individuals easily rot and die especially after transplanting so be extremely cautious with watering. Keep dry in winter or when night temperatures remain below 10° C. Water it less than average if in bigger pots.
Fertilization: Feed them once during the growing season with a fertilizer specifically formulated for cactus and succulents (high potash fertilizer with a dilute low nitrogen), including all micro nutrients and trace elements diluted to ½ the strength recommended on the label. They thrive in poor soils and need a limited supplies of fertilizer to avoid the plants developing excess vegetation, which is easily attacked by fungal diseases.
Special need: It is suited for airy exposures. Provide very good ventilation. Nearly all problems occur as a result of overwatering and poor ventilation, especially when weather conditions are dull and cool or very humid. They must have very dry atmosphere.
Hardiness: It likes warmth (recommended minimum winter temperature 5° C) But plants kept perfectly dry but may to survive a light frost.
Pests & diseases: These cacti may be attractive to a variety of insects, but plants in good condition should be nearly pest-free, particularly if they are grown in a mineral potting-mix, with good exposure and ventilation. Nonetheless, there are several pests to watch for:
- Red spiders: Red spiders may be effectively rubbed up by misting the plants from above.
- Mealy bugs: Mealy bugs occasionally develop aerial into the new leaves and flowers with disfiguring results, but the worst types develop underground on the roots and are invisible except by their effects.
- Scales, thrips and aphids: These insects are rarely a problem.
- Rot: Rot is only a minor problem if the plants are watered and “aired” correctly. If they are not, fungicides won't help all that much.
Propagation: Usually propagated from seeds (seldom produces offsets). The seeds can be sown in pots of fine, well-drained sandy soil, any time during the spring when temperatures are warm. Cover the seeds with a fine layer of grit and water from below with a fungicide to prevent damping off. For the 1-2 weeks cover the pots with a sheet of glass/clear perspex to keep the humidity levels high. Remove the glass and replace it with light shade-cloth and mist once or twice a day for the next two weeks after which most seeds should have germinated. From then on mistings can be reduced to every second and then every third day as the little plants grow. The seedlings should not be disturbed until they are well rooted after which they can be planted separately in small pots.