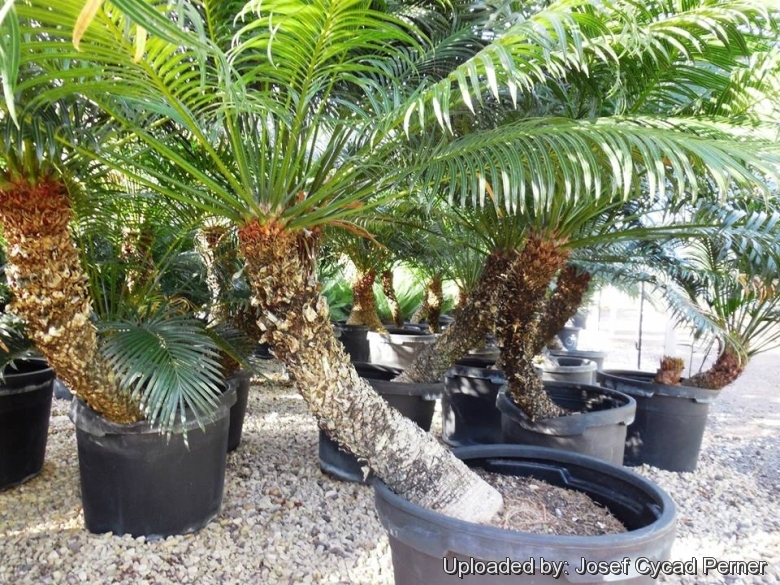 Origin and Habitat: Cycas seemannii occurs on several of the Fijian Islands, on Vanuatu, the Tonga Island group and New Caledonia (western Pacific south of about 12° S).
Altitude range: Recorded from sea level up to 600 metres above sea level.
Habitat and Ecology: This species is fairly widespread on stabilized coastal dunes developed on coral sand or coral limestone, less commonly on basaltic loams and other heavier soil types, but extending to various substrates on continental islands (except New Caledonia, where restricted to coastal sites, possibly as a result of more recent introduction there). It is confined principally to drier areas on rocky open slopes and ridges. It yields buoyant seeds that are readily distributed by ocean currents, and are generally found growing along the coast.
Major Threat(s): It is considered vulnerable as its habitat has been continually disturbed by agricultural ventures. A great deal of its habitat has been replaced by agriculture, yet, many plants are still encountered in patches of undisturbed forest. Decline of populations is expected to continue.

Subspecies, varieties, forms and cultivars of plants belonging to the Cycas seemannii group 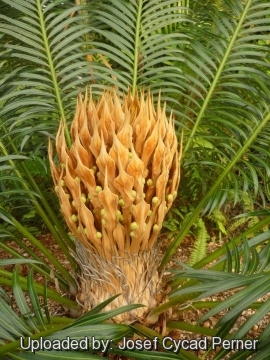 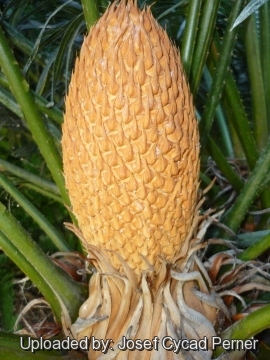 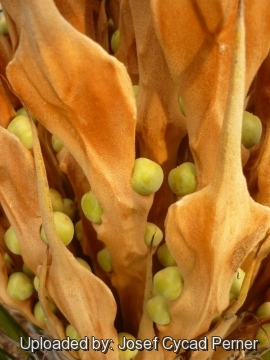 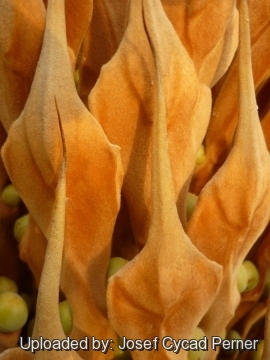 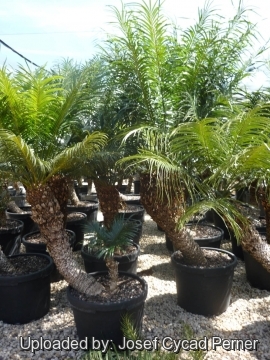 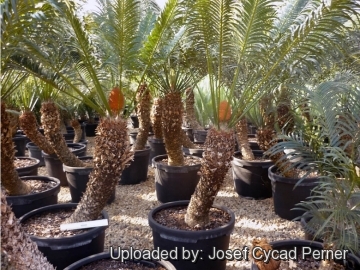 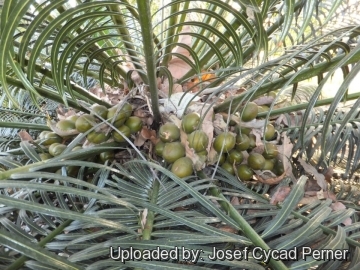 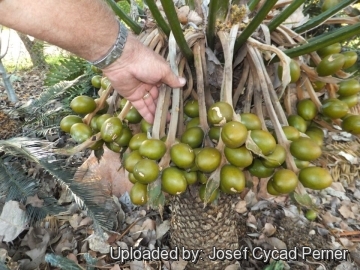 Cultivation and Propagation: Seemann's sago (Cycas seemannii) is suited to tropical regions which have a seasonally dry climate both on the seaside or inland. It is easy to grow, tolerating dry periods. Seemann's sago is a striking tropical accent plant ideal for sunny borders and large containers. It is often the focal point in a large yard. It is becoming more and more common and turning out to be a great landscape plant.
Growth rate: It is a robust, fast-growing species, one of the fastest and easiest Cycas species. Because of its growth habit, fertilize only when terminal bud begins to swell, indicating the start of the annual growth cycle.
Exposure: Plant Seemann's sago in full to partial sun.
Soil: Needs a well drained spot, with deep soi. Although this species naturally grows on coral-based or limestone soils with organic matter, avoid planting it in highly alkaline soils to avoid nutritional deficiencies and yellowed foliage.
Maintenance: Minimal; removal of offsets if desired, removal of spent fronds.
Hardiness: This is a tender evergreen species that is tropical in its needs.
Aerosol salt tolerance: It is very tolerant of extreme coastal and beach exposure, as well as salt spray. This is one of the most salt tolerant cycads!
Use: Landscape as cultivated perennial in warm, coastal areas; House-plant or interior-scape, as container plant in cool areas, as well very well suited to bonsai culture. Seeds are ground and made into a type of bread and the fresh male cones are said to be edible.
Pests and diseases: Watch out for scale infestations, especially Asian aulacapsis scale, which will kill a mature plant if untreated.
Maintenance: This is an evergreen species that should only have dead foliage pruned off, never the healthy green leaves.
Propagation: Seed. As a slow growing plant, the seed can take from 6–18 months to germinate. After fertile seeds are collected, they usually need several months of storage before the inner embryo is ready to germinate. Therefore, it is best to clean the seeds of external fruit and set them aside before attempting to propagate the seeds. Usually seeds are ready to germinate after 2-4 month, the germination is rapid and almost all seeds germinate up within 2 month.