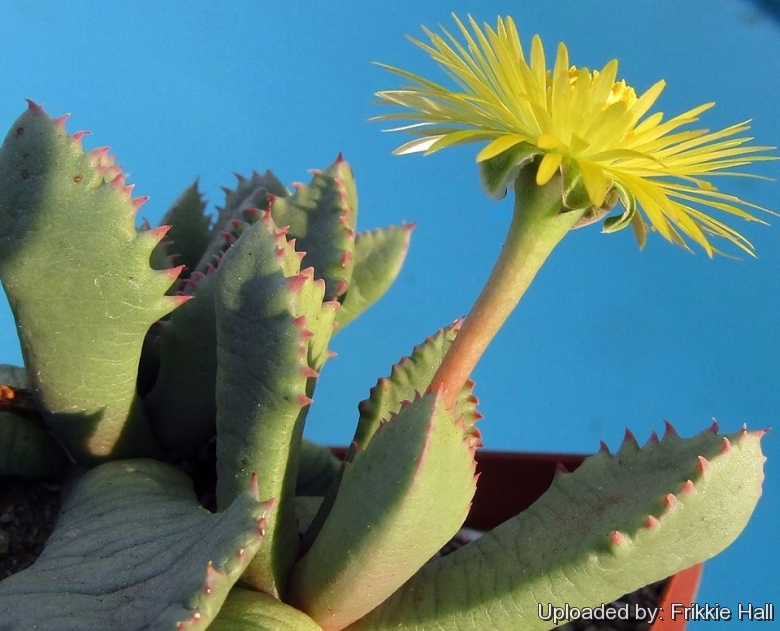 Origin and Habitat: Willowmore, which lies near the boundary of Eastern and Western Cape Provinces, South africa Africa.
Habitat: It is an opportunistic grower, common to locally abundant on exposed cliff faces.

Description: Carruanthus peersii is a small, rather compact tufted plants up to 100 mm in diameter. The leaves are thick and fleshy, resembling those of the almost toothless "tiger jaws" (Faucaria). The species forms mats in habitat.
Stems: Very short, branched.
Leaves: Simple, paired and united at the base in a flat rosette, succulent, yellowish-green to blue-silver-green, trigonous, broadening at the apex with the keel chinned near the apex, margins with no or (more often) few teeth, unlike the smooth margins in the rest of the group, to 45 (or more) mm long, basally to 10 mm in diameter, near the apex 15-16 mm across.
Flowers: Yellow with yellowish-orange tips, solitary or in cymes, pedicels to 11 mm long, petals to 18 mm long, to 2 mm broad with ensheathing bracts.
Blooming season: It flowers from spring into summer (September to December in habitat)
Fruits (capsules): 5-locular, valve rims very high, the covering membranes and closing bodies reduced or missing. Carruanthus capsules are hygrochastic, an intriguing mechanism whereby seeds are dispersed by raindrops. When it rains, the keels of the wet seed capsules push open valves. Raindrops hitting the open seed capsule splatter seeds in different directions, thus ensuring recruitment and the subsequent survival of the species.
Similar species: Carruanthus peersii differs mainly from Carruanthus ringens by the absence or low number of teeth on the margins and the very short pedicels. Moreover C. ringens flowers in late winter and prefers a shaded locality, and C. peersii flowers from spring into summer and is found in exposed places. Both the species can be distinguished from Tischleria peersii, described with stronger and more numerous teeth. 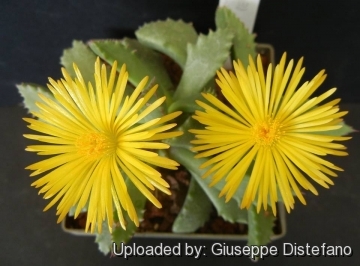 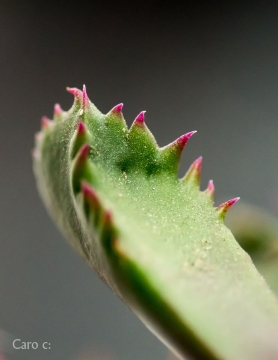 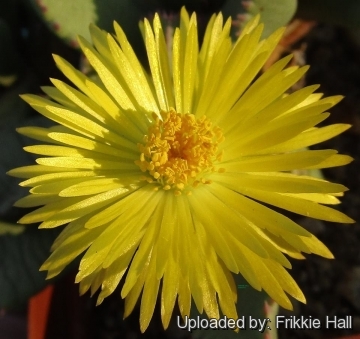 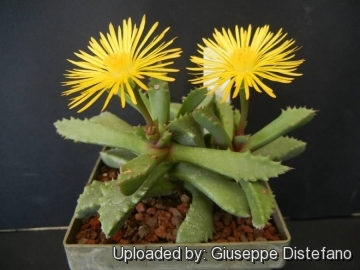 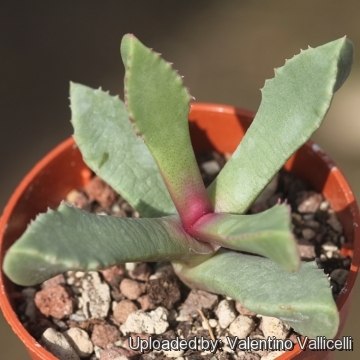 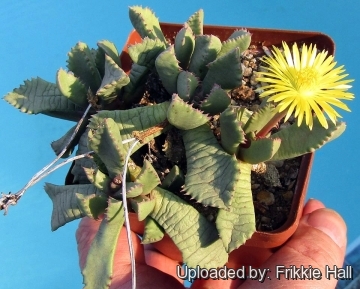 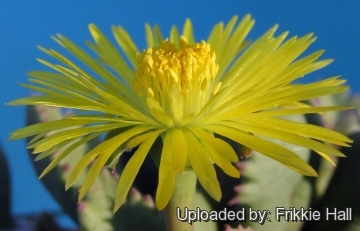 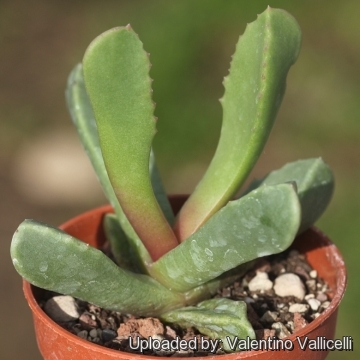 Cultivation and Propagation: Carruanthus are easy and rewarding plants than can be grown in pots or in the rock-garden. They can be watered year-round, moderately all year round as they tend to be opportunistic plants that tend to grow in each time of the year whenever they have enough water in fair weather and rest when temperatures are too hot or too cool and may have several or sometimes no growth cycles in a year.
Watering: Water regularly from spring to Autumn but reduce watering frequency in winter, growth period is early Spring to late Summer, but is a very adaptable species that can grows opportunistically whenever the water availability and growing condition are favourable. No water should ever be allowed to stand around the roots. But it adapts to different growing conditions from extreme heat and drought, to high moisture as it has a low rot potential. It must be grown very hard in the nursery as close to the natural conditions as possible. This ensures that it keeps its compact habit.
Exposition: Keep them cool, and half-shaded in summer, need full sun or light shade on the other seasons.
Soil: Give the plant a well drained, airy, growing medium which mainly consists of non organic material such us clay, pumice, lava grit, and only a little peat or leaf-mould.
Feeding: Feed the plant with slow release fertiliser occasionally.
Re-potting: The plant grows rather slowly in pot. When necessary, re-pot to a slightly bigger pot. The pot should be just slightly bigger than the original pot and with a hole for drainage.
Hardiness: Hardy to approx to -2 degrees Celsius, it is cultivated in open air warm Mediterranean climate, but can withstand light frost if dry, in these situations it will better resist if sheltered by the winter rains, seen that the humidity and low temperatures render it more sensitive to rottenness. Plants in containers however, suffered major leaf loss.
Propagation: Cuttings or (rarely) seeds. It is easy to propagate by cuttings in late spring to summer, just take a rosette cutting directly into the soil (preferably dry, loose, extremely well draining soil).