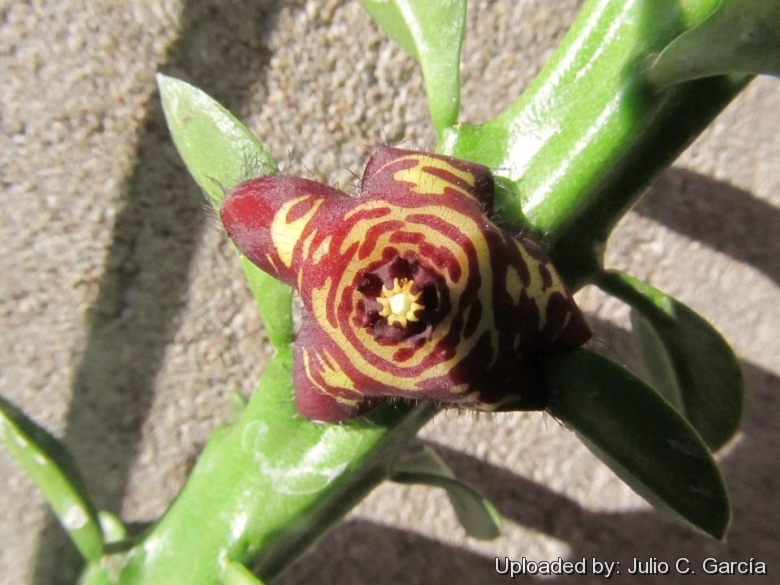 Description: The most notable characteristic of this plant is that the stems bear succulent leaves (Oddest is that unique Caralluma-with-leaves, one of the few at all common in cultivation )
Stems: Thick , succulent, creeping, cylindrical from small roundish root-tuber, ascending or growing as a ground cover, sbrubbily branched, approx 10 (15) cm long, green, tinged whitish, terete or indistinctly 4-angled, fleshy.
Leaves: Produces seasonal leaves , only produced in the wet season, deciduous in the dry season. Leaves are succulent ± 2.5 x 1 cm., oblong, obtuse or subacute, fleshy, subsessile.
Flowers: Solitary or in pairs, star-shaped, with short lobes, dark red striped with yellow, hairy on the margin. 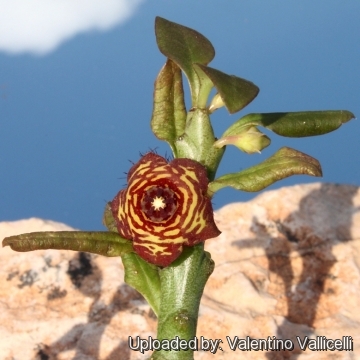 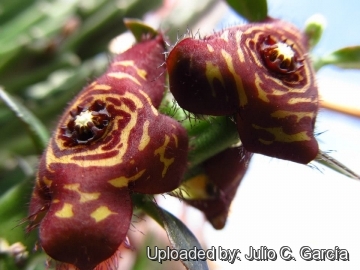 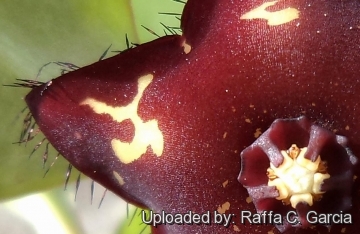 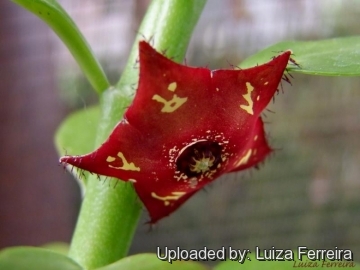 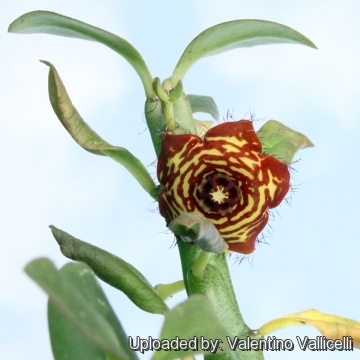 - This is the only stapeliad with true, fleshy and well developed leaves (caducous in the dry season). Photo by: Valentino Vallicelli 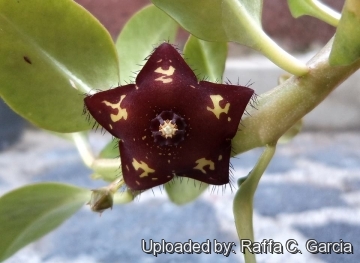 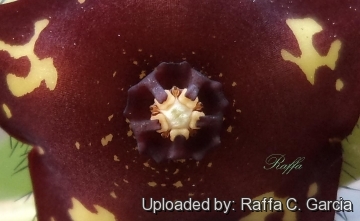 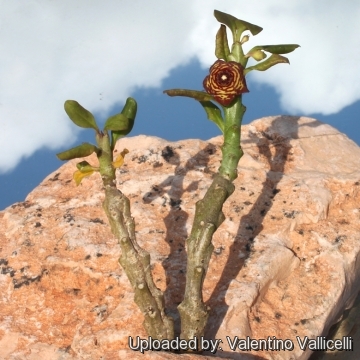 Cultivation and Propagation: It is a relatively quick-growing species and not as difficult to cultivate as was originally thought. It can stand drought for quite a period, which is the only time when it loose its leaves. Keep dry in Winter. Water a little more than other succulents in Summer.