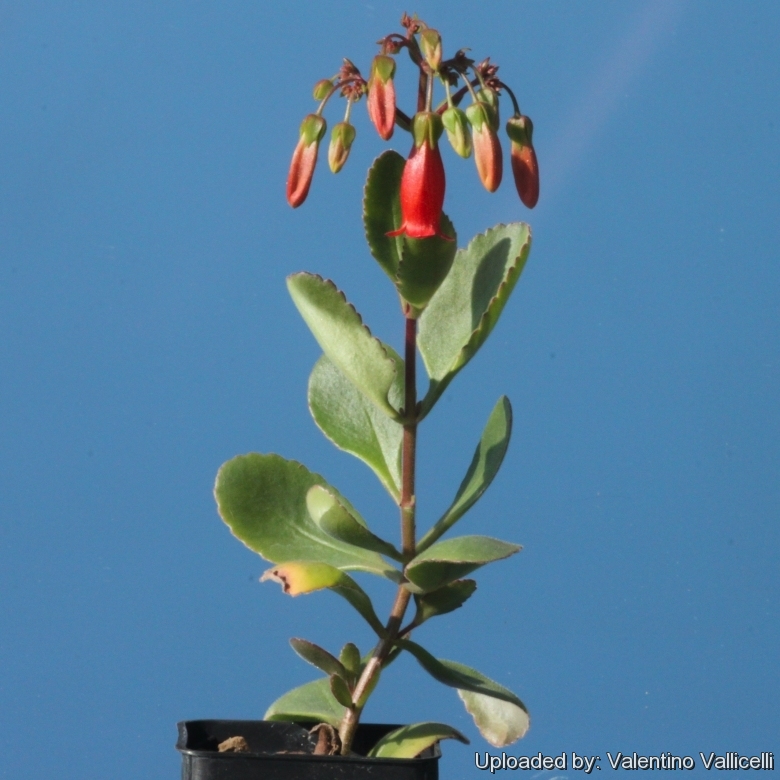 Origin and Habitat: Kalanchoe rebmannii is native of the Central Highlands of Madagascar, near Fianarantsoa.
Type locality: Isorana road, along a track a few km from Fianarantsoa, on the village of Halalava.
Habitat and ecology: This species grows on very wet, steep granite cliff, facing south-west, on black humus plates on which grows a vegetation consisting in particular of succulents both rupicolous and hygrophilous (Coleochloa, Aloe, orchids, etc.). 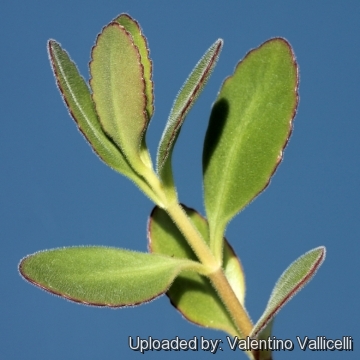 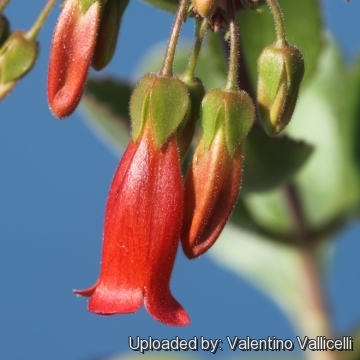 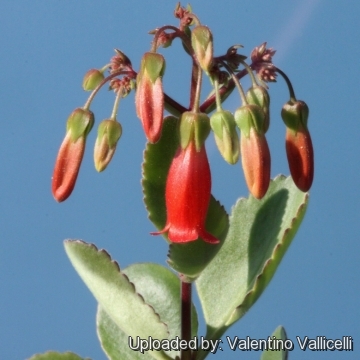 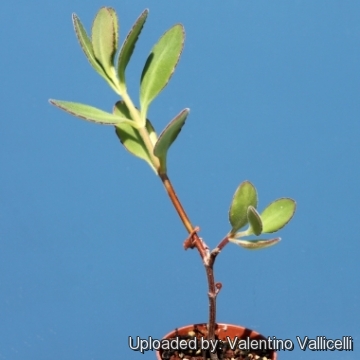 Cultivation and Propagation: Kalanchoe rebmannii is a new small species that can provide some interest for fans, especially for its brilliant blooms, and thanks to its regenerative capacity. It easy to culture and makes an interesting blooming potted plant and is rewarding as indoor plant. It's grown primarily for its flowers. They'll even bloom in low light, making them good for indoor dish gardens. But the conditions of its culture must reflect its ecology: humus substrate, permanent water supply with high humidity levels.
Growth rate: Its growth rate has been described as 'slow'.
Potting mix: Use a soil based potting mixture with the addition of a small amount of coarse sand, pumice or lava grit to ensure good drainage. They grow best in clay pots for aeration and need drainage holes in the bottom. Setting the container on a dish filled with rocks or gravel provides extra drainage.
Exposure: Keep this plant out of strong, direct sunlight; although exposure to the morning sun is fine. The Kalanchoe is best kept in a shady setting. In the home should be grown in sunny window.
Repotting; Plants that are not to be discarded should be moved each spring into pots one size larger. The maximum pot size needed should be about 12 cm.
Watering: It needs moderate watering in autumn and spring while in summer it should be watered thoroughly and allowed to dry before watering again. In winter give only occasional watering (only when the plant starts shrivelling), but it will generally grow even in winter if given water. Avoid using cold water when watering plants because it could shock the plant.
Fertilization: From the end of spring to the beginning of autumn, feed the plant with a monthly dose of fertiliser. Pruned plants may be given a dose of full strength fertilising as a boost.
Frost resistance: This species grow well in normal room temperatures. It is native to Madagascar and will bloom at temperatures of between 15 and 16 degrees Celsius. Avoid temperatures below 5°C because they can kill the plant after a few hours.
Maintenance: Kalanchoes hold the blooms on for many weeks and after the blooms lose their luster, it is pruned back hard and given spell in the garden, it will flower again next season. Pinch off the faded flowers and continue to pinch the tips of the plants for a few more months to promote a bushy plant. If not pruned the plants become leggy and need to be replaced.
Pest and diseases: Whilst generally disease free, this species can be damaged by pest insects such as Otiorhynchus sulcatus (vine weevil) or mealybugs.
Propagation: It is propagated by removal of tip cuttings in spring and root them in 8 cm pots filled with a mixture of peat moss and sand. Pot pots in a warm position in bright filtered light. Water the mixture whenever the top 1-2 cm dries out. When roots have formed and new growth appears, move each young plant into a pot of standard mixture. It grows easily roots and new plants are ready within months.
Warning: Parts of Kalanchoe rebmannii are poisonous if ingested. All members of Kalanchoe are toxic for livestock, birds and small animals.