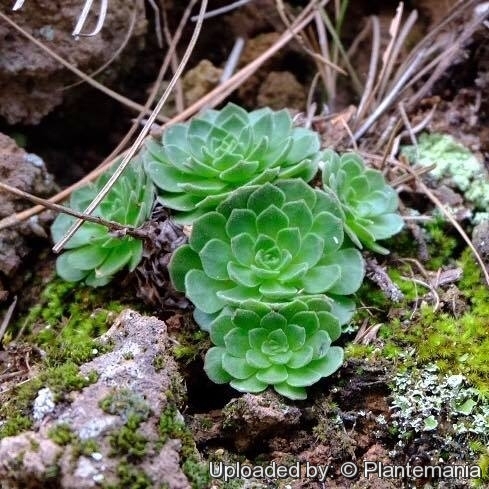 Origin and Habitat: Tenerife, Canary Islands.
Habitat and ecology: Greenovia aizoon is a rare succulent that naturally occurs in rock crevices, most numerous in the south-east facing rock walls in south-central parts of Tenerife in the sub-alpine zone, about 2,000 metres above sea level, but descending to 800(-600) metres.

Cultivation and Propagation: Greenovia aizoon is easy to grow and is a good choice for stone steps, dry walls or pots. It is easily cultivated in any rich, well drained, slightly stony soil in a sunny spot (best if in morning sun, but will tolerate afternoon heat if cared for). It requires a sunny spot in winter with careful watering as the main growing season is from autumn to late spring. Keep partially shaded in summer.