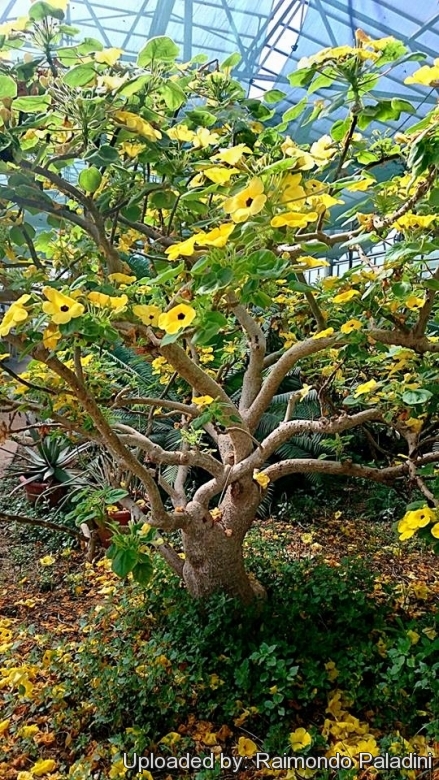 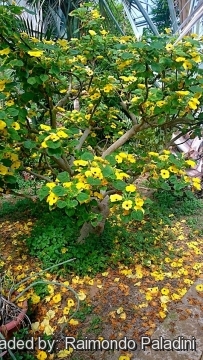 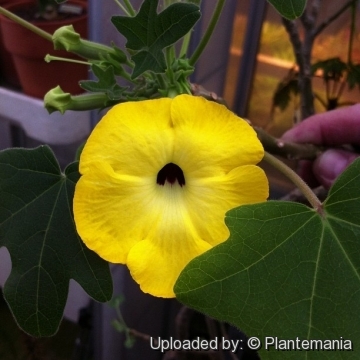 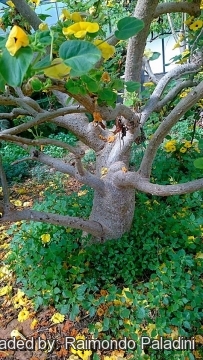 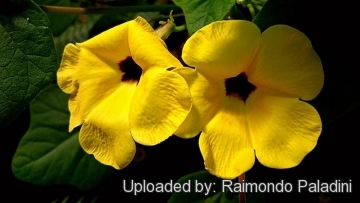 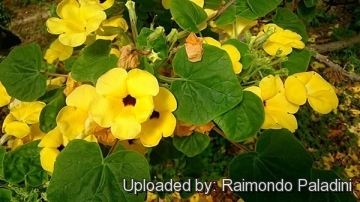 The bright yellow flowers with dark throats are pollinated by beetles and have sticky pollen suited to this task. (Uncarina grandidieri) Photo by: Raimondo Paladini 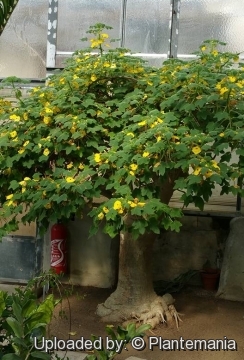 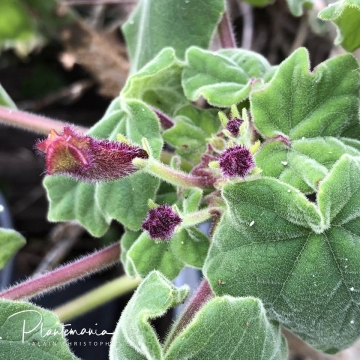