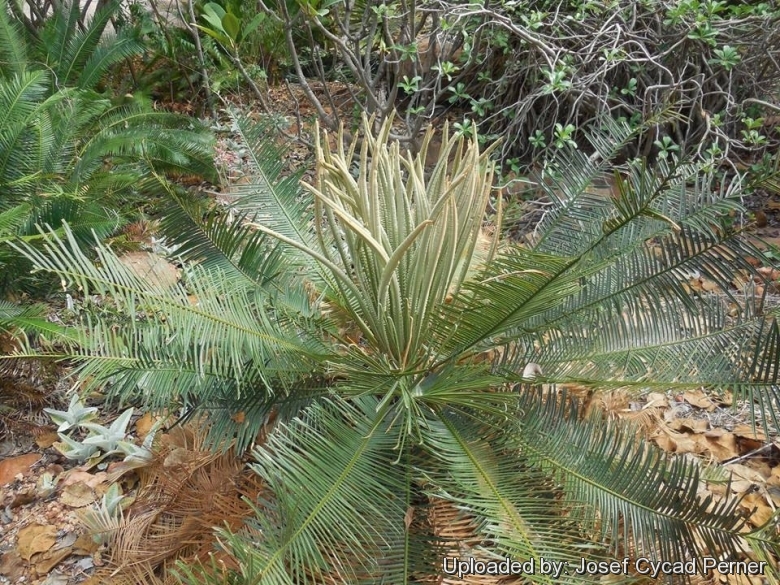 Origin and Habitat: Northern Territory, Australia. Cycas maconochiei ssp. viridis is known only from around Fossil Head. It has a very small extent of occurrence (100 km²), but the plants are scattered and locally abundant and there is little evidence of decline.
Habitat and Ecology: This taxon usually occurs on sandy soils or on old beach sands. The invasion of alien grasses into areas of native vegetation and too frequent fires may be a possible threat. The frequent fire may inhibit the reproduction of this species.

Subspecies, varieties, forms and cultivars of plants belonging to the Cycas maconochiei group 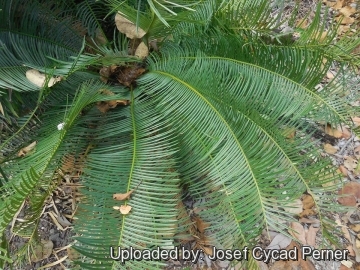 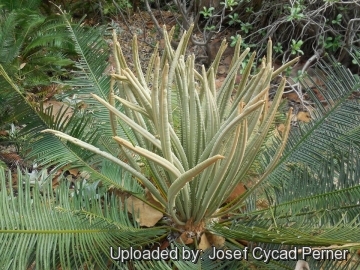 Cultivation and Propagation: Cycas maconochiei subs. viridis is suited to tropical regions which have a seasonally dry climate. It is easy to grow, tolerating dry periods. It makes a beautiful ornamental for tropical and some warm temperate areas but is rather rare in cultivation.
Growth rate: Usually slow growing, however good conditions can speed it up considerably. Because of its growth habit, fertilize only when terminal bud begins to swell, indicating the start of the annual growth cycle.
Exposure: It prefers bright light exposure but colour bleaches when in full sun; best with some protection from afternoon heat.
Soil: Needs a well drained spot, with deep soil, but will still thrive in less than ideal conditions.
Maintenance: Minimal; removal of offsets if desired, removal of spent fronds.
Use: Landscape as cultivated perennial in warm, coastal areas; House-plant or interior-scape, as container plant in cool areas, as well very well suited to bonsai culture.
Propagation: Seed. After fertile seeds are collected, they usually need several months of storage before the inner embryo is ready to germinate. Therefore, it is best to clean the seeds of external fruit and set them aside before attempting to propagate the seeds.