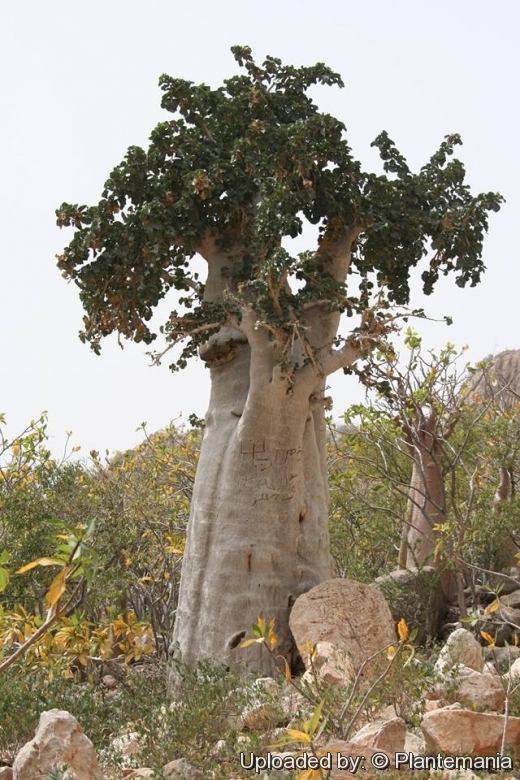 Notes: A recent molecular phylogenetic analysis of the family Cucurbitaceae found that the Dendrosicyos lineage is about twice as old as the island, and thus seems to be an island relic of a progenitor lineage that became extinct on the mainland. 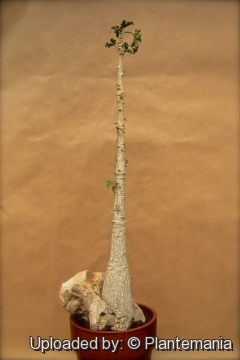 Dendrosicyos socotrana from seed (9 years old) planted in a rock. Trunks are succulent, but not bottle-shaped when young. Photo by: © Plantemania 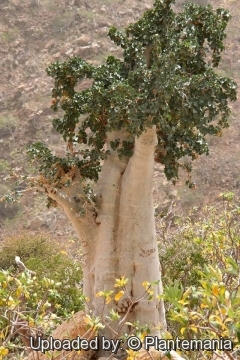 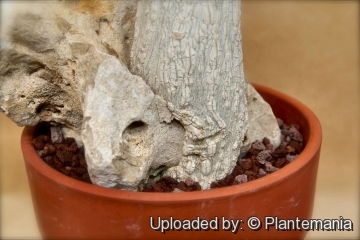 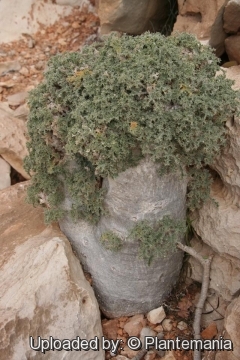 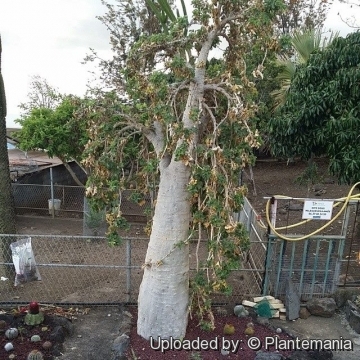 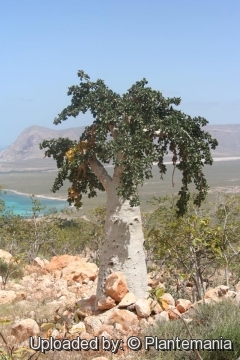 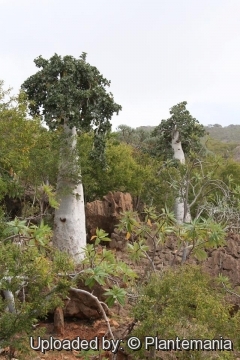 Cultivation and Propagation: Dendrosicyos socotranus is a truly unusual and in cultivation, an extremely rare plant. It is however fairly easy to grow both indoors, as well as outdoors in warm climates. It responds well to cultivation if correctly drenched and fertilized, and if the temperature is greater than 20 °C. Individuals in their natural habitat can attain 3 or more metres in height.
Growth rate: It is a fairly slow growing plant.
Soil: It needs a draining cactus potting mix.
Repoting:* Repot the plant every 3 years.
Waterings:* It needs regular water when the plant has leaves, contrary to popular belief, it likes a lot of water in the warm summers, as long as it's planted in a very well draining soil. Indoors it is best to err on the dry side, or it is prone to rot.
Hardiness: It is tender. Absolute minimum temperatures should be held to between 10-12 C during the winter months.
Exposures: It like full sun to light shade with warm temperatures.
*Propagation: Seeds. Plant the seeds in the summer in pumice about 5 mm deep. Watering should be regular and generous. Germination occurs within two weeks at over 90% (seeds must be fresh). It seems no after ripening is necessary as is the case in some desert plants. Seeds do not need to be scarified. In the first few years the plants grew relatively fast the trunks are succulent, but definitely not bottle-shaped. This would come in time. Well grown specimen can produce flowers at five years from seed. Attempts at rooting cuttings always failed.