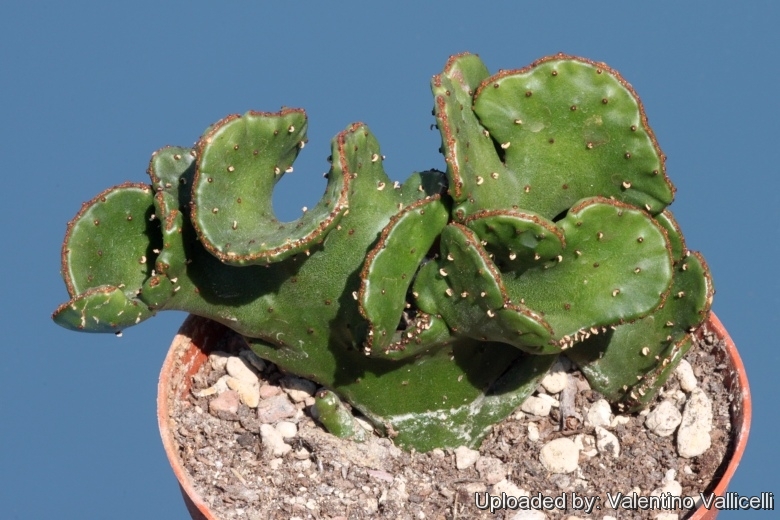 Description: Euphorbia alluaudii (Cat Tails Euphorbia) is a dioecious (exceptionnaly monoecious) succulent shrub or small tree made up of clusters of cylindrical, jointed, spineless branches. Most of its branches rise erectly from the base and then arch outwards to form a mass as wide as tall. It can ultimately reach to 4(-6) metres though in containers it more commonly grows to a modest 1.2-1.8 metres tall.
crested dorm: The beautiful crested form (Euphorbia alluaudii f. criatata) is rare in collection and highly priced for its sculptural shape and glossy green epidermis. The crested form can also get very big making a spectacular specimen.
Stems: Fan shaped forming odd sculptural, pale green to bright green. There are several crested clones ofEuphorbia alluaudii and all have the tendency to fan out, some will form stable crests while others (the more common) just cluster over one another. The stems are dotted with brown marks where the leaves were previously attached and also have some relatively large stoma or pores that give them a somewhat speckled appearance. Massive quantities of sap are poured out when a stem is cut. The sap quickly seals and protects the cut surface making subsequent fungal growth less likely.
Leaves: Tiny, green, reduced to scales at near the growing tips on new branches, but they quickly fall off. The stipules form a black glandular ring around the leaf insertion.
Inflorescence: Lateral at the apex of the twigs, cyathophylls identical to incyathescence bracts.
Flowers (cyathia): Always unisexual, dichasial branching of incyathescences (male cyathia are usually more numerous). Nectar glands 5.
Fruits (Capsules): Dehiscent, always erect, trilocular, green thin and smooth, with ridges tinted with purple, 3 seeds per capsule.
Seeds: Testa smooth, ecarunculate.

Subspecies, varieties, forms and cultivars of plants belonging to the Euphorbia alluaudii group 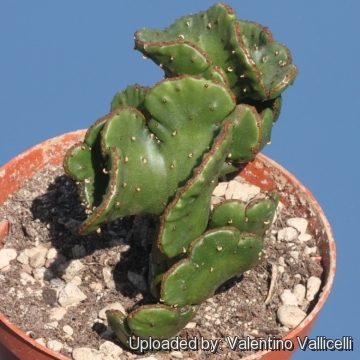 Cultivation and Propagation: It need bright light to partial shade for best appearance. It responds well to warmth, with its active growth period in the late spring and summer months. Water thoroughly when soil is dry to the touch during active growing season (more than once a week during hot weather) In the winter months, waterigs should be suspended or restricted to once over the winter. The most common failure in growing this plant is over watering, especially during the winter months. Likes porous soil with adequate drainage.
Propagation: It is propagated by cuttings or graft, and are generally grafted for convenience on Euphorbia canariensis or Euphorbia resinifera.
It is recommend taking Euphorbia cuttings in Spring/Summer when the plant is growing so that they have a better chance of success. They key is heat & good air circulation. These cuttings should be dipped in Hormone powder (but it is not needed) and left for a period of 3-4 weeks to callous. Then pot the cutting and don't water ( or kept slightly moist) until rooted. These will root just fine, if you can put the pot outside in the summer, or put pot on a heating pad.
Crested growth: Unlike 'monstrose' varieties of plants, where the variation from normal growth is due to genetic mutation, crested growth can occur on normal plants. Sometimes it's due to variances in light intensity, or damage, but generally the causes are unknown. A crested plant may have some areas growing normally, and a cresting plant that looks like a brain, may revert to normal growth for no apparent reason. If you have any of the crested part left you need to remove the normal growth and leave the crested part behind this will need to be done regularly.
Hardiness: Considered frost tender like all Madagascan Euphorbias, but surprisingly cold hardy outdoors and also very sun hardy for a crested plant.
It likes warmth (recommended minimum winter temperature 10°-15° C) however plants kept perfectly dry can can survive low temperatures, approx. 2° C, but for safe cultivation it is best to avoid freezing temperatures. Never let the roots chill.
Warning: As with all other Euphorbias when a plant get damaged it exudes a thick white milky sap known as latex. This latex is poisonous and particularly dangerous for the eyes, skin and mucous membranes. So pay extreme attention not to get any in your eyes or mouth. Cultivated plants must be handled carefully.